Gamification and personalisation are emerging as the next frontier of banking, and Huckletree Shoreditch members Quirk are right at the forefront of this, empowering Gen Z to build their wealth early, their way.

Content Manager, Chlo, sat down with Nikos Melachrinos and Nafeesa Jafferjee to discover more about their journey.

Chlo: Tell us about yourselves and your journeys as entrepreneurs

Nikos: I’m Nikos, co-founder and CEO of Quirk. I’m originally Greek. I spent time in the US doing an Economics degree and working in banking before I transitioned into Tech. I did a stint in San Francisco in a legal tech startup which I helped scale and eventually, we got acquired. After that, I moved to the UK where I went to grad school and did a Design degree at the Royal College of Art, where I met Nafeesa.

Nafeesa: I’m Nafeesa, originally from Sri Lanka but also moved to the US where I studied Public Policy. I also moved to San Francisco for a role in marketing and taught myself coding and transitioned into UX design. I then began helping startups build their MVP and take it to market. From there, I went on to join an ad tech startup. But I craved something more creative and entrepreneurial, so I moved to London to study for an MA in Service Design at the Royal College of Art. 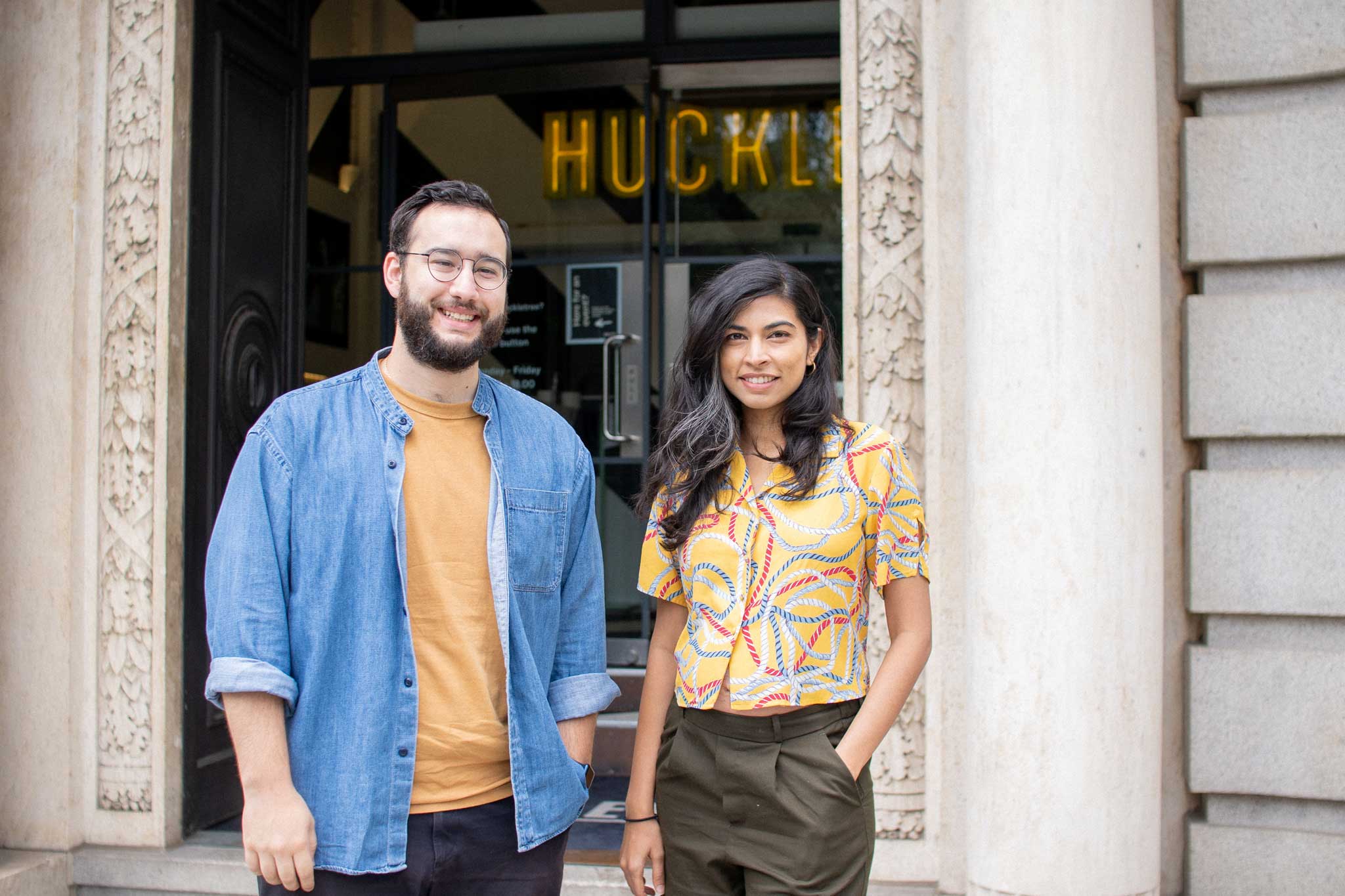 Chlo: Sounds like you both have solid backgrounds to lead you to entrepreneurship. What have been some of your key lessons?

Nikos: For me, the biggest learning curve was experiencing the hypergrowth phase of a startup. Coupled with having a lot of responsibility early on and seeing first-hand how to scale a business fast. Alongside building products in a customer-centric way, those were the elements that really stayed with me and have helped me with Quirk. Mentally, I think the biggest thing for me was being able to tell myself, “oh, I know how to do this” and kind of having a formula for starting and growing a company.

Nafeesa: For me, building MVPs was an exercise that became very familiar. Making sure that we're solving the right problem with limited resources became second nature. Understanding what's the first thing that we can get out there that can have a big impact and kind of doing that in repeat definitely drilled some important decision-making processes in.

Chlo: Amazing. So tell us more about Quirk.

Nikos: We're creating financial freedom by making financial education, and the best financial tools accessible and personalised. We've built a personal finance app, which is specifically targeting Gen Z and combines personality testing and money management. Quirk helps people learn about how to manage and grow their finances. The first thing that we launched was the personality tests in 2021, which was a very interesting way to get people to think and engage with their finances. The whole activity gave us a lot of insight into how we then went into actually building an app that helps people engage with their financial data.

Chlo: I actually took the personality test, and I’m an Explorer! It’s amazing how accurate it was. I really love this gamification element to money management. I could have done with Quirk when I was the age Gen Z is now. So I saw that you recently raised your pre-seed round. Tell us about that.

Nafeesa: It was a really interesting process. It was the first time fundraising for both of us, and we were doing it in the middle of a pandemic. So we had to build our network and pitch to investors completely remote. We’ve only recently met our investors in person. In the end, it was really about finding the right people, and they then unlocked the doors to other people who were interested. It was a combination of talking to both early-stage funds as well as angels and people who really believed in the core cause and problem, and the people we ended up having on board really believed in us as well and actively problem-solved with us. Which was exactly what we were looking for.

Nikos: It definitely took a lot of hustle. Because it was right at the start of the pandemic when we were having these conversations. Investors were understandably freaking out. So it might have taken a little longer than we expected, but it helped us find the right people who believed in us most. So it worked out in the end.

Chlo: That’s so crucial. I’m glad you found that. So the Fintech world is getting increasingly competitive. How are you competing?

Nafeesa: So I think for us, it’s the educational element. A lot of our users don’t come to us to just save, invest or bank. They come to really figure out what to do with their money. This is something that we’ve rarely seen. Plus, with the financial psychology personality piece paired with the financial data enables us to really tailor what we can tell people about how to save or spend their money in a fun, engaging way. 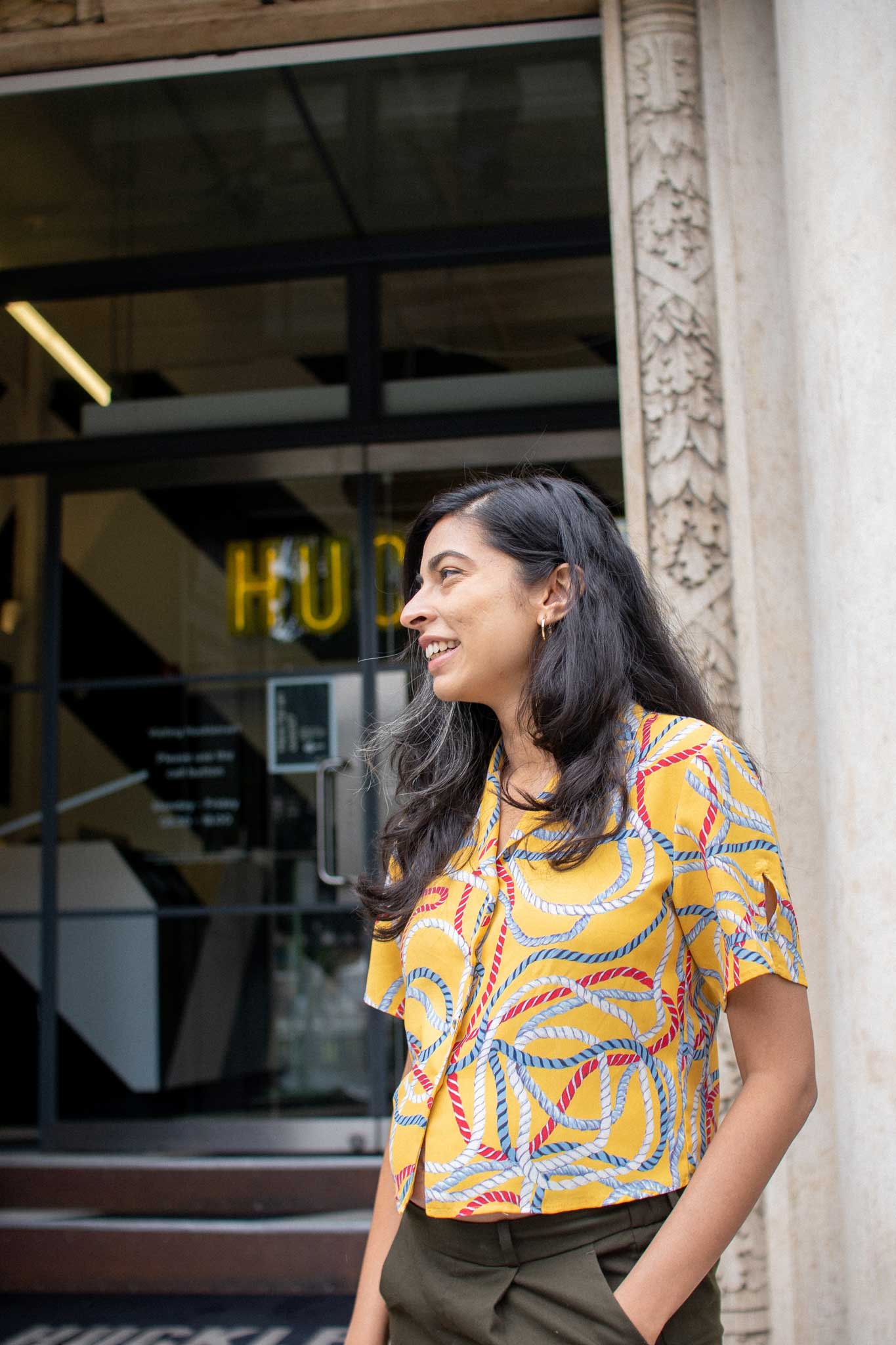 Chlo: So important at that age to get that level of financial literacy

Nikos: For sure. And to add to that, you never really get a formal financial education in the UK. And it also varies from person to person - some people don’t get to have these kinds of conversations with their parents until much later. So we see the educational piece as super foundational before we get into adding extra layers such as investing or crypto.

Chlo: Exciting. Yeah, that’s vital. So you’ve spoken a few times about the money personality test. How did you develop this?

Nafeesa: The trigger point was reading about a study that came out of Cambridge University. A group of computational psychologists were looking at how you spend your money affects your well-being. We did a whole academic process where we surveyed a representative group across the UK, combining standard personality and psychometric tests, but adding money questions looking at how risk averse and spendthrift you are, for example. From that, we created a 25-set questionnaire, which is effectively our own and it's psychometrically valid. With now over 40,000 people having taken our personality test, we've been able to improve the results because we’ve gotten a lot of feedback on the accuracy of the results.

Chlo: So tell me about your big plans for the next year. Any key milestones coming up?

Nikos: We’re really excited about what we’re working on at the moment, which includes expanding the feature set so we can allow our users to do more with their money, from investing to credit score tracking, all within our app.

Nafeesa: On the product side, we also want to make our educational content even more dynamic, there are a lot of things happening in the economy, and we want to make sure we can include that in Quirk. 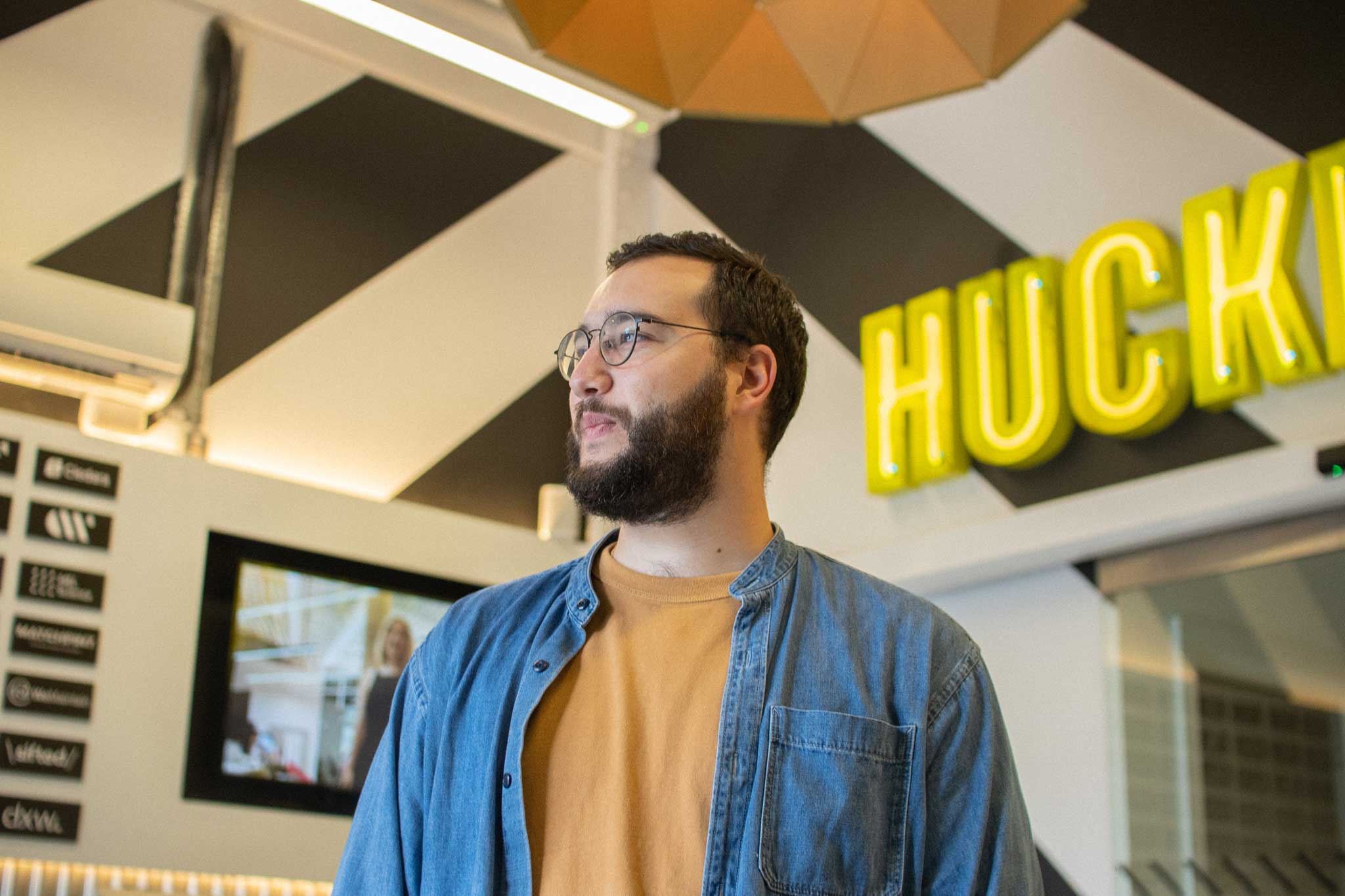 Chlo: Exciting times ahead. And what brought you to Huckletree?

Nikos: We started out by subletting a private office which got kind of lonely, so we started exploring the shared workspace world. We sampled a few other places, and then one of our angels mentioned Huckletree because one of their portfolio companies, Erase All Kittens, is a member here. When we visited the space we immediately felt a genuine community of people who want to be here to make connections. It’s not just about the free beer and yoga classes. And in our first few months, it’s really come through. We’ve met many other founders and are already collaborating with some.

Chlo: We take our role as ecosystem connectors very seriously. So do you have a highlight moment from being in the Huckletree ecosystem?

Nafeesa: I actually got invited to speak on a panel for a visiting group of executives from Korea who want to learn about Fintech. So we will have a two-hour session telling them about what we’re building. And they’re looking to invest. We’d never have this opportunity otherwise.

Another key moment was being invited to the Huckletree Fintech dinner, which was a really beautifully curated evening with other founders and investors in Fintech.

Chlo: That’s incredible. Congratulations! It’s been such a pleasure to interview you both. Thank you.

Nikos: No worries, and thank you, it’s been great to chat.

Interested in gamifying your finances? Quirk may be built with Gen Z in mind, but I certainly enjoyed it. Gen Z or not, you can download Quirk here.

Join a community of brave minds at Huckletree. Explore more.